Is the Hotel Star-Rating System Outdated and Unneeded? 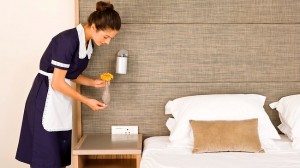 How important is a hotel’s star-rating these days, especially in light of social media’s influence on consumer decisions? According to the Asia-based branding and communications agency Quo, not very important at all.

They recently released a study concentrating on the Asian hotel industry, and found that the long dependable hotel star system no longer holds relevance in today’s world. According to Quo’s study, which interviewed experts across the region, the system is “is out-of-date, inconsistently measured and does not reflect the needs of today’s traveller”.

The study concludes that:

While the study also found that industry perspective as a whole signaled an agreement that change was needed, the question still remains what that change could be.

What do you think? As hospitality insiders, should the star-rating system go?