Thanyapura Phuket hosted the Davis Cup matches between Thailand and Hong Kong this year, after the Lawn Tennis Association of Thailand (LTAT) chose to move the Asia-Oceania round one clash from Bangkok due to the political unrest. The tournaments were aired live on TRUE Visions (True Sports 7) February 14th through February 16th.

Many members of the 365Playground team helped lead the process of taking Thanyapura from a dream to reality, from design to the opening of its doors. Now, as both lovers of tennis and believers in the Thanyapura vision, we were thrilled to see that the resort taking the reins at this international event! 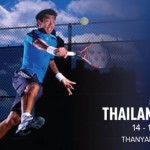